Adapting to Change in Work, Life and Everything in Between

Change is often times inevitable. Whether we like it or not, change happens. Sometimes change is a good thing, something that we’ve wanted. Other times, it seems to be a misfortune. Without a doubt, change can affect our lives greatly. However, what is more important when it comes to change in our lives, the actual change itself, or the way we handle and adapt to the new change?

I think most people would agree that the way we handle and adapt to change is far more important than actual change itself. Why? Well, change, as I mentioned earlier, is sometimes inevitable. With that being said, we have to adapt to it regardless. So why don’t we adapt to it in a positive way? Why don’t we transform that change into an opportunity? Simple. As humans, we like things to stay the same. We are familiar with the old way of doing things, even if we aren’t particularly fond of them, and we want to keep them the same. It’s simply our nature. 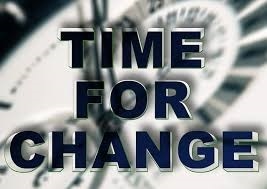 So, how can we change the way we adapt to change? If you have ever read the book, “Who Moved My Cheese?” you probably have some opinions on the best way to do this. The book is about four characters: two mice and two “little people”, who all have a different way of adapting to the change of “their cheese being moved” (the cheese in our lives could be anything of importance to us, including: a job, new car, family, money… anything at all.) The mice adapted very quickly to their cheese being moved and went out searching for new cheese and found it. The little people did not adapt so quickly. However, one of them eventually realized that the change was inevitable, and in order to live, he must go out and find new cheese. He was able to do so, and found even more and better cheese! The other little person continued to dwell, and the story never tells us if he ever ended up adapting to the change.

The story is simple, but shows all the different ways people adapt to change. It’s also easy to familiarize yourself with one of the characters. The moral of the story is that change happens, and if you don’t adapt, the outcome will not be positive. So embrace change. See yourself enjoying the new change. Go out and find new cheese, because sitting around wondering who moved your old cheese is a waste of time.

Visit Knapp Tedesco Insurance online at www.knapptedesco.com or call us at 515-232-7060.